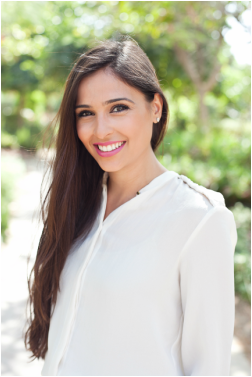 ​As the Founder and Managing Director of fishfayce, a photography and video event solution company, Zeina Abdalla has incorporated her passions into a successful business. Using skills she cultivated in a two-year tenure at Hill & Knowlton, one of the world’s largest public relations and public affairs networks, Abdalla launched fishfayce, the first service of its kind in the United Arab Emirates. Within her first year in business, the U.S. born, Sudan and Canada-raised entrepreneur had already been nominated for the Emirates Woman’s ADCB Ambition Award (2010), Bespoke Magazine’s Living Award, Ahlan! Hot 100 award, SME Advisor ‘Ones to Watch’ Award, Emirates Woman Achievers Award (2012) and was the winner of the Olay Arabia’s Power Seven. The Olay Arabia Power Seven campaign aims to celebrate women and their accomplishments while helping to empower them by spreading the message that today, women can achieve any goal they desire. The winner is picked for her commendable work, dedication, influence and inspiration to her field as well as community.

fishfayce was born when Abdalla was planning her wedding and brainstorming for alternatives to traditional photography. She wanted an interactive photo booth where guests could photograph themselves and instantly project the photos on screens throughout the reception venue, for all to see.  Frustrated that no product on the market met her needs, Abdalla contacted several tech-savvy friends who helped design the first ever fishfayce photobooth, which debuted at her wedding.  When enthralled guests started asking how they could have the technology at their own events, Abdalla knew she had a business model on her hands.  In the year since, fishfayce has grown not only to be a conversation-starting attraction at weddings and corporate events, but also as a valuable viral marketing and social networking tool, reaching far beyond the initial photobooth concept. Not one to rest on her laurels, she is continually refining fishfayce’s services to meet clients’ unique needs. In just under a year and a half since it’s birth, fishfayce has progressed from fishfayce photobooth and now offers a whole array of products and services, which include; fishfayce videobooth, traditional photography and videography, fishfayce animation, fishtogram (an innovative instagram concept), fishfayce rovers and most recently, fishfayce flip book.