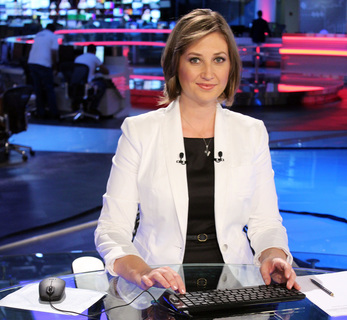 KIMBERLEY LEONARD
Moderator, Presenter and MC
​
Kimberley Leonard is an international news anchor based in London where she works for Sky News in her primary role as the channel’s World News presenter.
​
Born and bred in Kenya, Kimberley started her career working in radio in Nairobi. Having cut her teeth in the Kenyan capital, she then moved to the UAE where she spent over 7 years working as a reporter and anchor on Dubai’s nightly news.  She then moved to Qatar to take up a position with Al Jazeera English at their headquarters in Doha.

Kimberley has covered stories as varied as economic forums and cat shows, has been on the scene at plane crashes and has interviewed Richard Branson, Chris Froome, Terry O’Neill, Buzz Aldrin and the head of the UNHCR to name but a few.

Having grown up on Wilson Airport in Nairobi and flown countless hours across the country with her aviator father, Kimberley’s real passion is aeroplanes. While in the UAE she was able to develop this passion as part of her career, covering all aspects of the country’s aviation industry.

As a moderator, Kimberley is warm and engaging – drawing in an audience and putting panel members instantly at ease. She has worked on events that include Paper Industry awards, Aviation Festivals, Airport shows and Environmental Conferences.